The Press Democrat is billing the partnership between Lagunitas Brewing Co. and Heineken International “the most significant deal yet in the American craft brewing industry.” Is it? 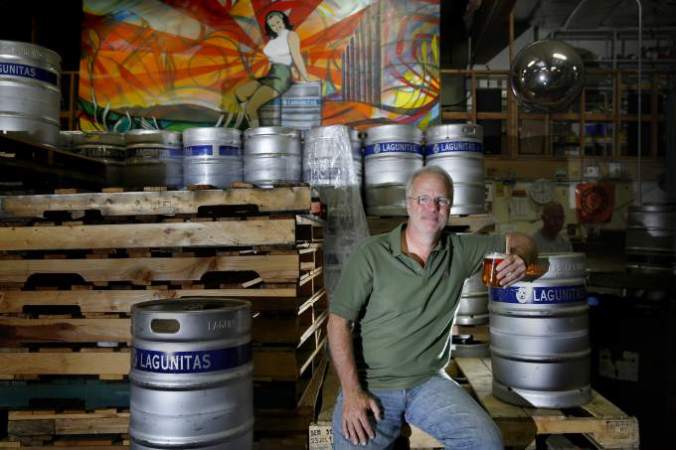 Tony Magee, founder of Lagunitas, has happily partnered with Heineken. Photo via the Press Democrat.

Last week’s announcement, which also appeared on the Lagunitas and Heineken websites on September 8, described the 50-50 deal as a powerful new partnership that will allow Lagunitas to export their craft beer globally. A strategic move for both parties, to be sure, but what does it say about Lagunitas as a member of the craft beer industry? Is it worth losing the status as “small and independent,” as the Brewers Association defines craft brewery, for an export deal?

Here are the key points of the deal:

Lagunitas, based in Petaluma, Calif., was listed in as No. 6 in the Brewers Association’s Top 50 U.S. Craft Brewing Companies of 2014. For the Top 50 Overall, it sat at No. 11. Since ratings are based on 2014 sales volume, it’s clear Lagunitas is selling a lot of beer.

So, why stop there? Isn’t that the purpose of starting a brewery in the first place? By sacrificing their status as sixth among the craft brewers, Lagunitas is elevating its status as a brewer, period. If given the opportunity to sell your beer overseas, wouldn’t you take it?

Basically, what I’m getting at is, they’re not wrong.

In the words of Tony Magee, founder of Lagunitas, the partnership is “a profound victory for American craft. It will open doors that had previously been shut and bring the U.S. craft beer vibe to communities all over the world.” That all sounds great, but consider the reverse: isn’t Lagunitas giving Heineken the opportunity to gain a foothold in the craft beer industry here? Aren’t those “doors” swinging doors?

A lot of questions will continue to surface as the deal unfolds. (Will Lagunitas grasp more market share with Heineken’s fists? Will Heineken be brewing Lagunitas’ beer, and vice versa? Will Heineken “partner” with more U.S. craft breweries, taking hold of similarly positioned companies like Sierra Nevada, New Belgium and Gambrinus? Is this as bad as Anheuser-Busch snatching up Elysian, Blue Point and Goose Island?  Will what happened to Dick Cantwell at Elysian happen to Magee?)

After the sudden trepidation passes (if it ever does pass), maybe we’ll start to see that these partnerships aren’t such a bad thing. All we can hope for is that our still-small, still-independent breweries aren’t pushed out further by one of their own.