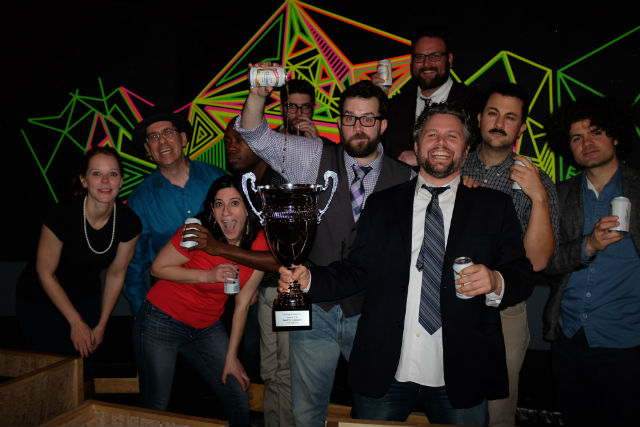 The BeerProv crew poses with the Mug of Champions at Littlefield, March 10, 2015.

BeerProv, an improv comedy troupe that utilizes beer drinking in its performances, made its Brooklyn debut at Littlefield last week. About a month before the show, I had interviewed the group’s founder, Jim Robinson, after we connected somehow on Twitter. He set aside tickets for myself and a guest to attend the event, and without knowing it, I was in for a treat.

It doesn’t take much to get me interested in someone’s passion project—pair a fresh idea with a drive to get it out there, and I’m probably I’m board. Put the word “beer” in your project, and I’m definitely on board. 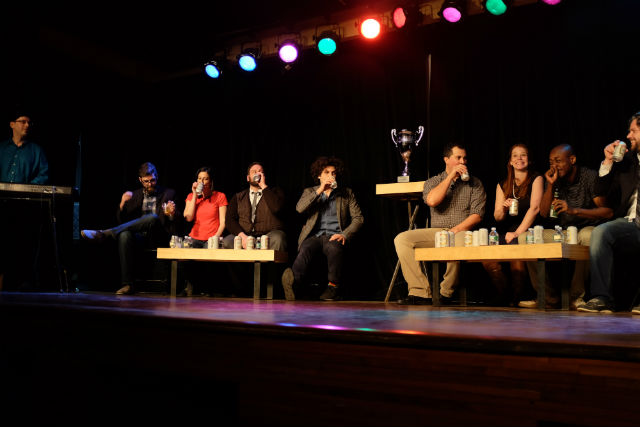 Throughout the show, BeerProv players shared sips of Narragansett on stage.

“BeerProv” is so named not because it has any specific ties to the beer industry, nor a sophisticated knowledge of craft beer (a knowledge that, it seems, is second nature to so many of us beer bloggers and lovers, yet is a world of mystery to other imbibers). The beer on stage was Narragansett, which Robinson could barely pronounce—he and BeerProv originate in Toronto, so we let that one go—and the “beer” part of BeerProv became apparent simply by the players drinking beer throughout the show. Sometimes between skits, sometimes during a sketch, and always with a “cheers” with the audience when a game was complete.

There’s been a lot of talk about improv lately; its core principals, its usefulness in business, and its ability to pull out a person’s comfortability in front of a crowd that perhaps was buried. But what I found most inspiring about the show was that it made us adult audience members feel like kids again. When Robinson called on the audience for names of countries for a skit, silly answers like “Paris” and “Pirates” came out, obvious missteps (as neither of those are countries) that would not fly in a conference room, but are jovially accepted in an improv show—in fact, pirates was chosen as a possible qualifier (the skit involved mimicking different accents). 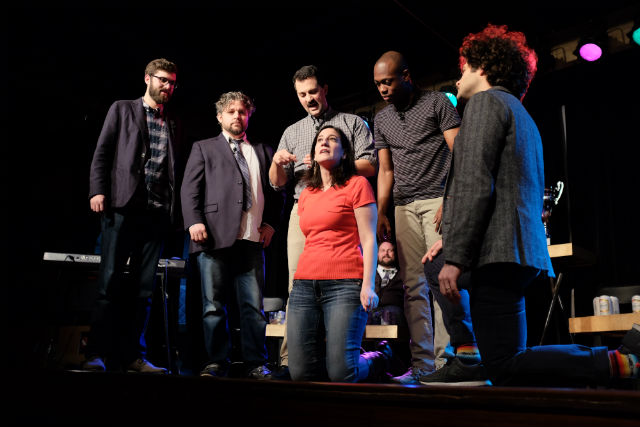 The BeerProv finalists performed a 3-minute rendition of the Wizard of Oz.

As for the audience members, one couldn’t ask for a better crowd. Small enough to feel intimate, large enough to feel significant (especially in a borough so saturated with talent), and overall complimentary and positive. I spoke to a gentleman named Mike who came with a group of friends; he told me this would be his third time seeing the BeerProv show. He liked it so much, he’s attended every New York performance the group has had (this was the Brooklyn debut, but it had previously run last year in Manhattan). On the restroom line later in the night, attendees chattered about the show, how funny it was, and how it was “better than expected.”

It’s funny, that reaction. While certainly a compliment, it states that one hadn’t expected something to be that good. I’m guilty of the same—I hadn’t know what to expect, really—I’m not much of an improv fan, or comedy show goer for that matter. I, too, was more than pleasantly surprised. Robinson and his hand-picked crew of New York comedians put on a show that felt, honestly, like a group experience with friends. 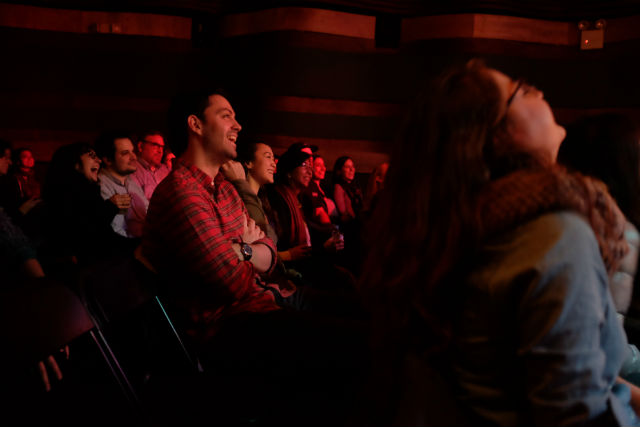 A captivated BeerProv audience at Littlefield.

Beer is a very important part of social situations and public performances. In general, audience members, especially at venues like this one, are drinking throughout the events they attend. Oftentimes, the performers are drinking, too, but do it discretely, or keep it back stage. But not BeerProv. BeerProv makes it front and center, tells us it’s okay and fun, and connects us during intermittent “cheers!” moments between audience and stage. The crew is happy, the onlookers are happy, and the bar is certainly happy.

As a final thought, I’ll say this: give BeerProv a chance. I think the group could get big in Brooklyn, and I know I’ll be at their next show.