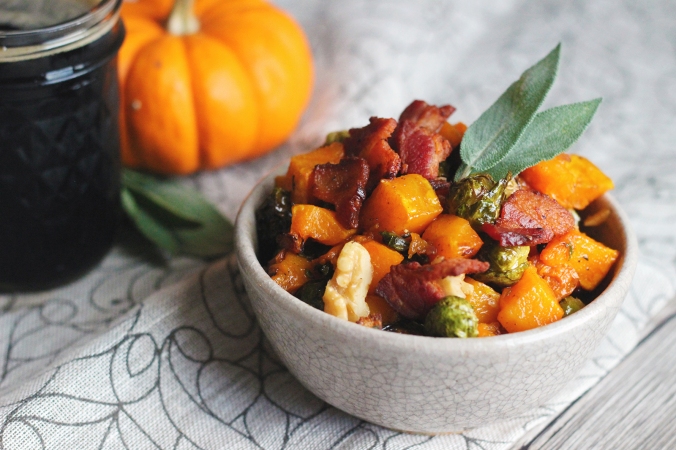 Photo via BeerBitty.com: Roasted Brussels Sprouts and Butternut Squash tossed in a Warm Bacon and Brown Ale Vinaigrette with Sage and Toasted Pecans.

It’s Thanksgiving week, which means a barrage of recipes and relatives are probably vying for your attention and food coma threshold. To make it a little easier on you, I’ve gone through ladle-loads of beer and food recipes from all around the web and reduced it down to five easy ways to infuse your food with craft brews.

Swap out your usual side dish or soggy vegetable mush with the same dish, only better—because it has beer in it, and making it isn’t any harder than without beer. In fact, it’ll probably be easier because you’ll be enjoying it more while you sip on some extra brew. It’s a win-win.

With recipes from some of the best beer and food resources—like the Brewers Association’s  Cooking with Beer Recipes (with insider tips from  Julia Herz, Brewers Association craft beer program director and CraftBeer.com publisher), Brooklyn Brew Shop’s Spent Grain Chef, and the Beer Bitty—you won’t regret giving these a try.

Check them out in my latest beer school feature for Rally by Eventbrite.

One thought on “Tipsy Turkey and Cranbeery Relish: Cooking With Beer on Thanksgiving”